I am Alim Shabazz.

The founder of For Fathers Fitness.

And I’m on a mission to empower men over 40 to make realistic fitness goals and benefit from our experience to meet and beat their targets to build muscle, lose fat, and achieve overall optimal health.

My over 20 years as a record-breaking fitness competitor and professional athlete–and a 20-year background in pharmaceuticals and nutraceuticals put me in a unique position to share my knowledge and experience as well as inspire dads, businessmen, and regular guys to build muscle, lose fat and achieve wellness.

Let me tell you my story.

I started bodybuilding in 2003 after moving to Hawaii with my wife - and was desperate to get back into shape after studies, work, and a good life distracted me from fitness. I wasn't feeling or looking as good as I did playing organized sports in college.

Out on a sales call, a walk past a health food store with a flyer in the window for The Paradise Cup Bodybuilding Championships started my passion for fitness and motivated me to take back my fitness and health. I knew I had to enter that competition even though it was 5 weeks away and I had never done any bodybuilding before.

The trainer I had been referred to thought I was crazy to train for this show with only 5 weeks to go–who knows, perhaps he didn’t think I could do it–but he gave me expert and ongoing advice, which I followed to the T. I ate what he told me to eat. I did cardio the way he told me to and I lifted weights the way he told me to. I even went to a tanning salon despite the fact that I’m dark-complexioned - because he told me to.

You could say this was the forerunner to online training. I was committed. And despite the naysayers and the doubters–my wife was very supportive, thank heavens–Lo and behold, I won!

We All Have Our Pivot Points.

You may wonder why, after so many years of personal success and coaching family and friends - including strangers in elevators - did I decide to start For Fathers fitness.

The moment that changed for me was; my wife and I were driving, coming back from a trip from Los Angeles. She got a call from her cousin and he told her that one of his friends - whom we also were friends with - had just had his foot amputated.  We're thinking what's the score here?  Was he in an accident? But we found out he’d lost it due to diabetic neuropathy and complications to his uncontrolled diabetes!

I just remember the news hitting me like a ton of bricks. This did not have to happen. It was preventable. After years in the pharmaceutical and fitness industry - I knew that diabetes can be modified and controlled through lifestyle and diet changes.

This Was The Moment For Me.

My decision was made when my wife encouraged me. “You know, she said, you have a lot of information on the medical side and you practice what you preach as far as living a healthy life.”

“You really know what you're doing when it comes to fitness and accountability and that's something that you need to share with everyone - not just the family and friends you’ve coached and helped over the years.”

I knew then, I had to start sharing and coaching the merits of fitness and diet to live a healthy life and prevent disease. And whether there were two people— or many people out there who could benefit from my expertise and my philosophies— I was saved to serve. This was my way of giving back.

For Fathers Fitness is Born.

Start today with For Fathers Fitness and you will reap valuable rewards for years to come. Talk to us about our supplements, our fitness plan.  Sign up for fitness coaching that will give you accountability, motivation, advice, and the solutions for total fitness.

I understand your dilemma only too well. You can achieve your best shape after 40, but we have to be honest about physical changes.

Yes, when we get older, we tend to gain belly fat, our bones can get thinner and muscle tone drops. Our metabolism can slow, blood pressure will rise and the number of heartbeats at rest is higher. We may not be as flexible and our joints may need more care.

For Fathers Fitness’ accountability coaching, nutrition guidance, and supplements address all of these issues and more. Whether your goal is to build six-pack abs, lose belly fat, or regain strength after an illness, our coaching program and supplements are designed for you.

Think About Your Goals.

Don’t worry if they sound too ambitious.  Big plans are usually worth it! For Fathers Fitness coaching will help you make these goals a reality.  I know all about big goals and I have achieved them.

I want to share my tips and my experience with you so you can also achieve great things and enjoy your best health after 40.

You have no choice but to allocate the time and make health your first priority.  If you are healthy, you can work better and achieve more success at your job, because you will be strong, relaxed, and focused.

You can devote more to your family and get your children started on the road to good health habits by exercising and eating right.  If you feel better, you can devote yourself more fully to artistic, creative, religious, and spiritual activities.

Giving Your Kids The Gift of Healthy Habits is The Best Kind of Parenting.

I parent by modeling behaviors that I want my kids to develop. Kids know that talk and lectures don’t mean very much if they aren’t followed with action.

Children believe what they see more than what they hear people say.  When they see me lifting weights, running, being careful about what I eat, it inspires them to do the same.

I believe that “Generational Health” is the best legacy to bestow upon your family.

Just In Case You Think I’m Resting On My Laurels?

This year, 2021, I broke the Guinness World Record for the heaviest total weight for dumbbell curls in one minute.  I am confident that I will break the heaviest weighted pull-up record this year as well.

Nearly 2 years after I started winning bodybuilding competitions, I have maintained my muscle mass and overall fitness.  I am proof that you can do it too with the right program, solutions, supplements, and fitness coaching that will motivate you to succeed.

I’m inviting you to join me. Click the link. Make the call. I’m here for you.

Don’t hesitate any further, no more excuses or negotiating with yourself. Your time is now. You have nothing to lose except the weight–and everything in the world to gain. 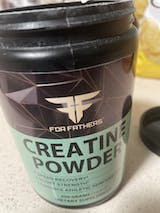